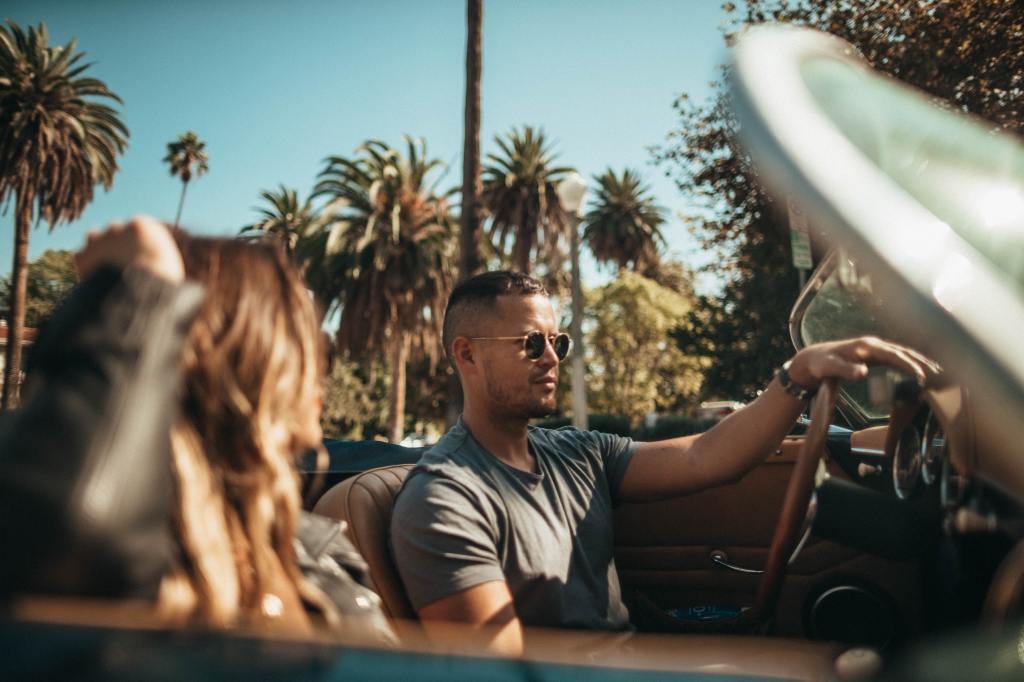 LA JOLLA, CA–Nate Lovett wants nothing more in life than to go cruising in his car with some sick tunes blasting and a beautiful babe by his side. It’s him at his most relaxed. Nate insists that the soundtrack be perfect, too. He hates wasting valuable driving time by scrambling through songs on shuffle or fucking around with the FM radio. So, Nate always comes prepared with a self-curated playlist.

Nate was beyond stoked to pick up his new girlfriend, Amanda, for a drive on Saturday. They’ve been dating for three weeks now, and that’s usually when Nate pulls out the driving date card. He wanted to surprise her, so he didn’t tell Amanda what they’d be doing before picking her up. Excited, she asked Nate where they were going for the day. “Nowhere,” he replied as he pressed his foot on the gas and started the first Black Eyed Peas song on the playlist.

At first, Amanda was underwhelmed by the excursion but started warming up to the driving date when Outkast’s “Hey Ya!” came on. An all-time favorite song for Amanda, “Hey Ya!” also holds sentimental value. Speakerboxxx/The Love Below was the first CD she ever bought. “Hey Ya!” was also the song that played during her eighth grade father-daughter dance — the last happy memory she has of her father before he went to prison for insider trading. Amanda was ready to enjoy the breeze and take in her favorite song.

Unfortunately, Nate knows a lot about Outkast, and he felt the need to regurgitate all of this information for the song’s duration. “This album was released on September 23, 2003. It’s actually Outkast’s biggest commercial success to date. I don’t know if you knew that, but it is,” Nate explained earnestly. Amanda politely nodded, hoping to listen to the rest of the song in peace. Nate didn’t stop, launching into a monologue of scattered facts about the group. “Andre 3000 is just a nickname. His real name is Andre Benjamin. It’s true. I Wikipedia’d it. And did you know that Andre 3000 and Big Boi met at a mall in Atlanta when they were sixteen? Crazy, right?”

Nate continued on for the entirety of the tune. The song concluded as the car settled at a red light. He turned to her with a grin. “So, what’d you think?” Amanda was dumbstruck. Did Nate honestly believe that she had never heard Outkast’s most popular song before? And even if this were the first time she’d ever heard “Hey Ya!” she wouldn’t know what to think because Nate talked over the entire track with useless Outkast facts.

“It’s good,” Amanda replied amicably, and they drove on as the intro to Incubus’ “Drive” began.