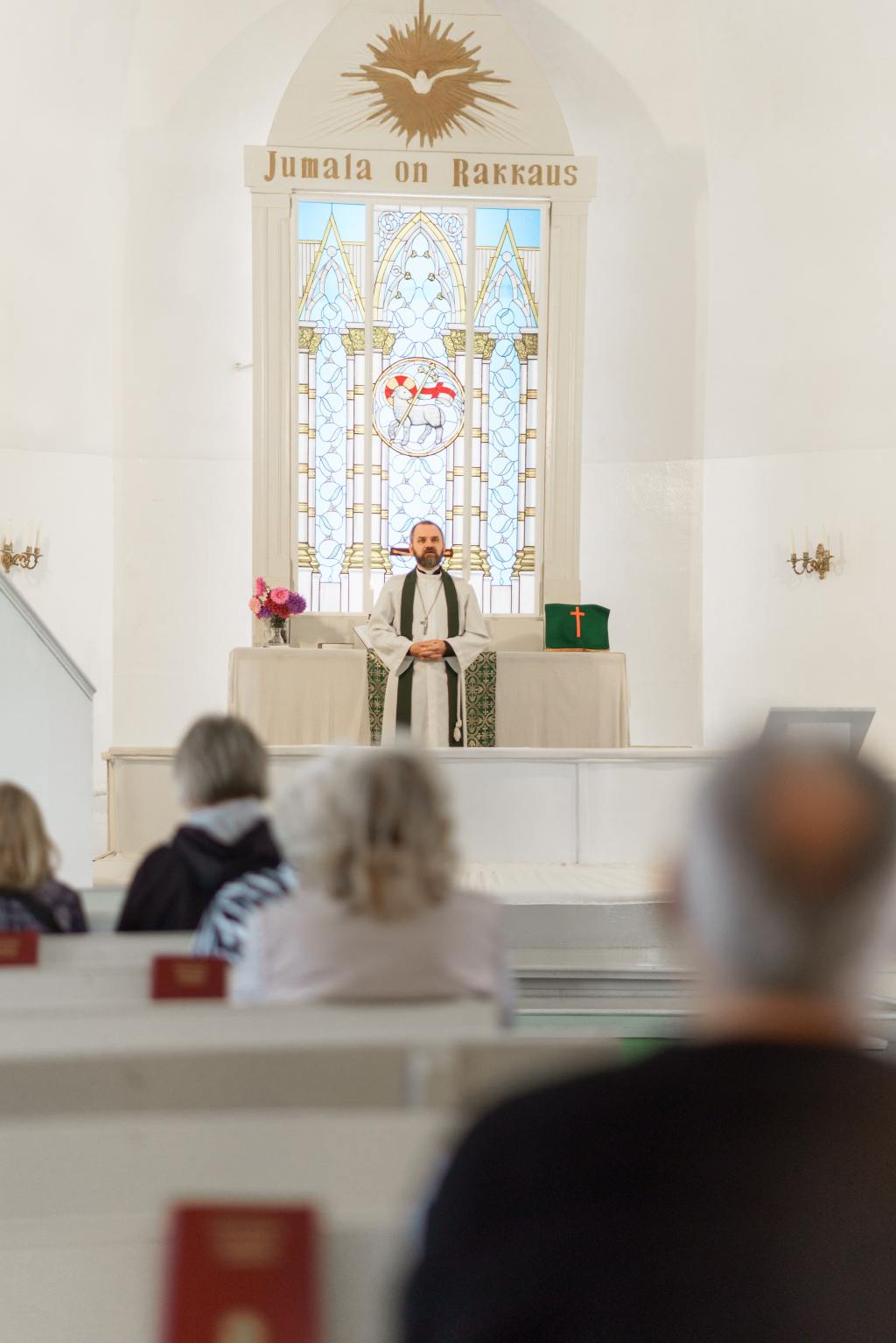 SOMERVILLE, MA–It’s not uncommon for people to fall out of love with their dream job after doing it for the better part of three decades. That’s not the case with Father Christopher McKenna. He’s been a Catholic priest for 28 years now and a pastor at St. Luke’s parish in Somerville for three years. Christopher has known since he was a teenager that the holy life was his calling and all these years later he’s loving it as much as he ever has.

What’s not to love about being a priest? Father Christopher’s lodging and meals are taken care of for him. He gets to read his favorite book every single day, sing with the choir, and the job comes with a really enthusiastic fan base. There are countless positives to being a priest, but above all else for Christopher is the wine. “I drink that red, red wine all day every day. It’s like that UB-40 song except it’s more awesome. I don’t think I’ve been sober in three decades as a priest. It’s very… spiritual. I feel closest to God when I’m day drinking,” reflected Father Christopher.

It’s clear to see how great Father Christopher is at being a priest for anyone who sits in his audience. He’s happy and welcoming, then suddenly terrifying when it comes to the fear-mongering part of Mass. Christopher hits all the necessary beats like a perfectly executed choreography. He’ll scold a child for talking during the sermon or suddenly pretend to be possessed by the Holy Spirit at random. It’s quite an experience.

It should come as no surprise that Christopher really starts to shine during the consecration and Communion part of the service. Many other priests drone on through the body and blood like they’re just going through the motions, but Christopher’s enthusiasm allows everyone to savor the moment with him. He takes time to let the wine breathe, swirls it around in the chalice to release the flavor, and swishes it around in his mouth before finally swallowing. Christopher wants to be absolutely sure that his Communion wine is good, and it’s not uncommon that he sends the bottle back for a new one.

If the wine is especially good, Christopher has been known to follow up his tasting with an encouraging comment to the congregation. During his most recent Mass, he remarked, “A.D. 33, yeah that was a good year.” Of course, this comment refers to the year Jesus is believed to had have died and his blood-turned-wine was bottled for modern-day consumption. “It has fruity, Son-of-God type undertones. And a hint of iron. Two thousand years works wonders for a red wine… A.D. 33 was a notoriously bad year for bread, though,” Father Christopher clarified before serving up Jesus.