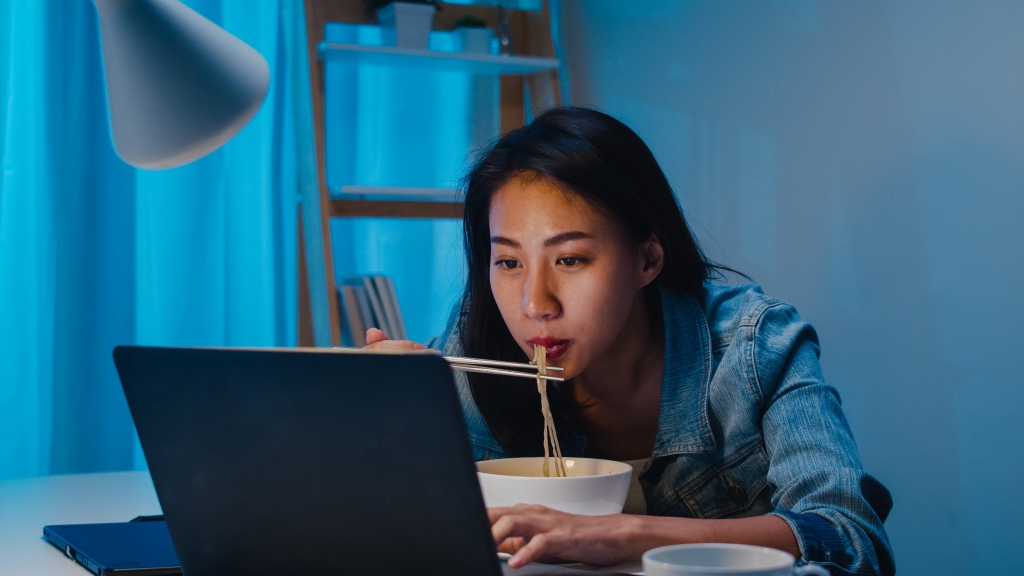 SAN FRANCISCO, CA–Chloe Kang likes to blow off steam at the end of her workweek. She’s no pothead, but getting stoned and vegging out on a Friday night is exactly what she needs after taking abuse from her boss for five straight days. Chloe also doesn’t make much money as a junior copywriter, so smoking weed is about as much splurging as she can afford in expensive San Francisco.

Comfort food is Chloe’s favorite pairing with cannabis. Once sufficiently baked, finding something tasty to munch on becomes her priority. This past Friday night was no exception, and Chloe came prepared. On her way back from the office, she stopped by her favorite Ramen joint with a relaxed evening in mind. Chloe had a particularly awful day, so she went for something spicier than normal, knowing she would regret it in the morning. The restaurant’s owner warned Chloe, too, reminding her what happened last time. Still, Chloe moved ahead with her plans to eat the spiciest ramen, adding an extra stop at Walgreen’s for some toilet paper, just in case.

As Chloe settled in at home, she promptly kicked off her evening with several bong rips. As the high set in, she began her search for a YouTube video to watch while eating. After more than an hour of browsing, she found her entertainment — a 21-minute YouTube documentary about the life cycle of a horsefly. Without wasting another moment, Chloe clicked ‘play’ and started gorging down ramen.

After five minutes of pure bliss, Chloe was devastated to learn that her ramen was gone. She’d eaten the whole thing, and the best part of her entire night was over. She had some snacks stocked, like almonds and hummus, but it wouldn’t be the same. This was a tough pill to swallow. Chloe had hoped the good times would last longer than five minutes. Even worse, there were still 16 minutes remaining on this YouTube video, and Chloe’s attention was barely hanging on. “How is this video still going? Am I supposed to watch it all? I don’t even care about the life cycle of a horsefly,” she wondered aloud to herself.

The situation was remedied when Chloe decided to smoke about it, reinvigorating her high and forgetting the dilemma altogether. The video ran its course, and Chloe failed to digest any of its information.