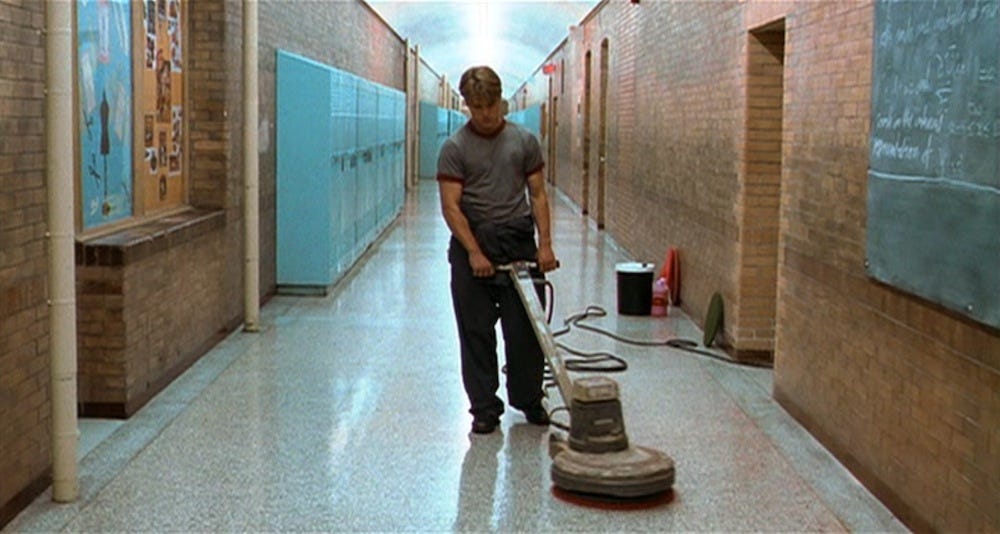 CAMBRIDGE, MA–Two weeks ago, the White House enlisted the help of the world’s greatest mathematical minds, posting the infamous baby formula on a hallway chalkboard at the Massachusetts Institute of Technology in hopes that one might be able to finally solve it and put an end to the nation’s shortage. Unexpectedly, the completed formula was discovered on Friday morning, though nobody was around to take credit, leading to an ongoing manhunt to find the hero.

Though the genius’ identity is still unknown, security camera footage has led investigators to believe the mathematician may actually be a janitor. The Biden administration has made unmasking the hero their top priority, putting all other crises and agendas on the back burner. In particular, Joe Biden can’t stop talking about it. “It’s like something straight out of a Casey Affleck film. An anonymous genius janitor is roaming the halls of MIT. And he’s a hero. I’d like to personally meet with him to congratulate his work and offer him a job cleaning in Washington,” President Biden remarked.

House Republicans are expected to block any federal attempts to hire a new janitor.